Are you looking for lenses peroxide? Weblens has a wide range of peroxide products so that your lenses receive the best care!

Your lenses should be thoroughly serviced every day so that the lenses stay comfortable and healthy before your eyes. Peroxide is a lens product made on the basis of hydrogen peroxide, also known as oxygen water. By using hydrogen peroxide peroxide has a powerful disinfecting effect. Peroxide should never be brought into contact with the eye, the lenses should first be neutralized. Neutralization means that the peroxide is converted to water and oxygen gas. Peroxide systems have a special lens holder in which a valve system is incorporated. The formed oxygen gas can escape through the valve system. Depending on which peroxide you choose, the peroxide will be neutralized by a platinum slice, a tablet or a liquid.

Peroxide lens product is particularly suitable for lens holders with sensitive eyes. Peroxide does not contain a preservative, because the peroxide disappears before it comes into contact with the eye.

Do you also want to use peroxide lenses maintenance? Then take a look at our offer! 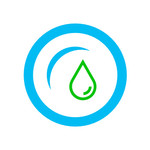